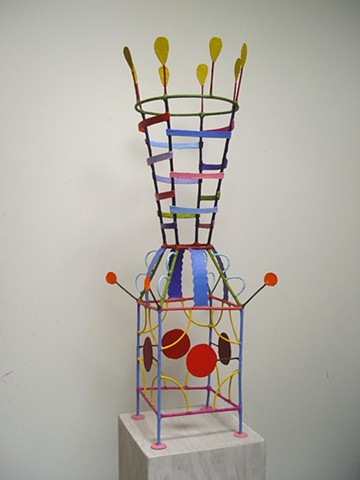 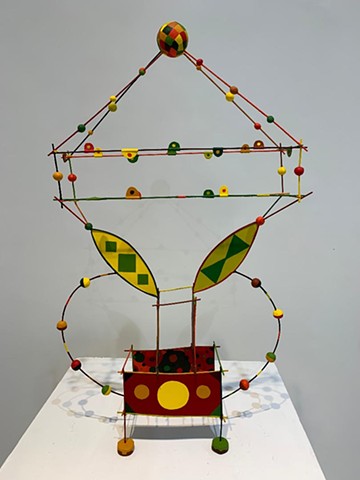 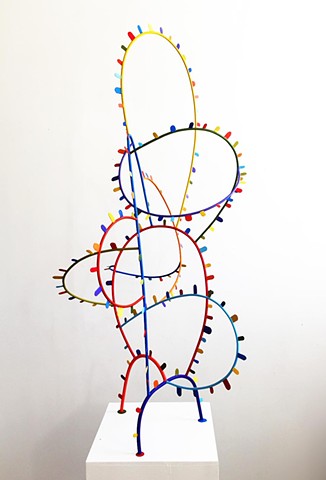 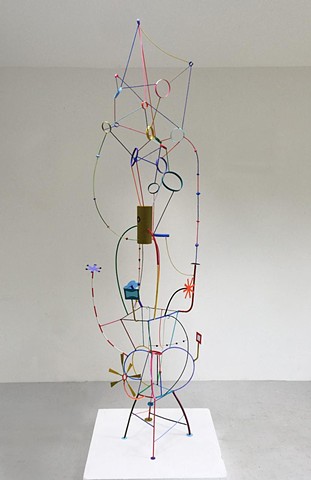 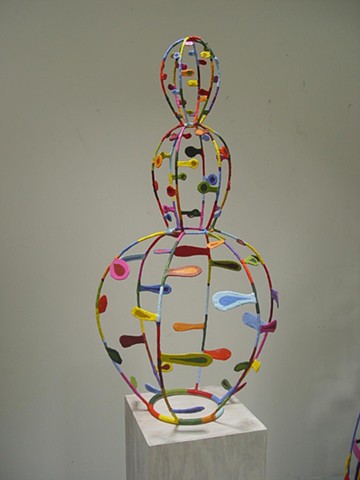 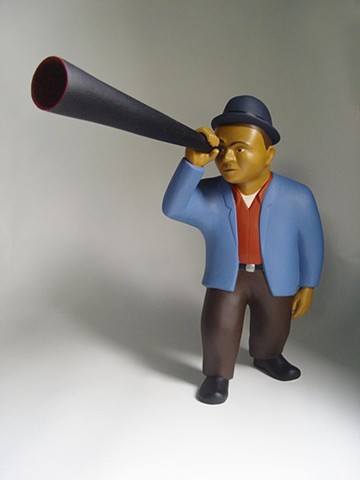 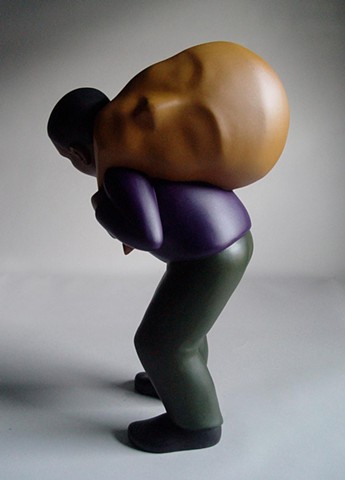 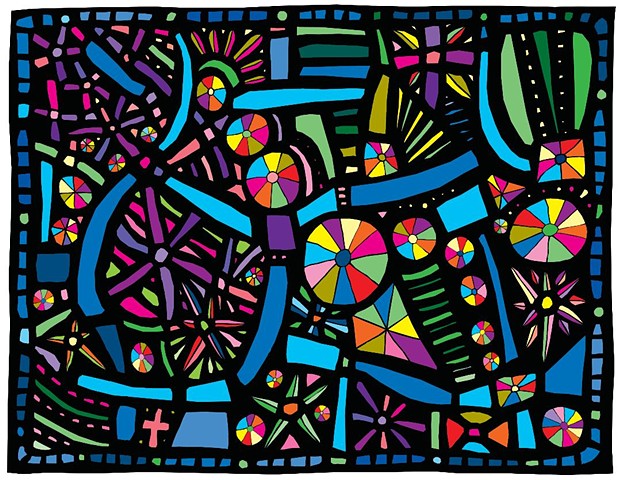 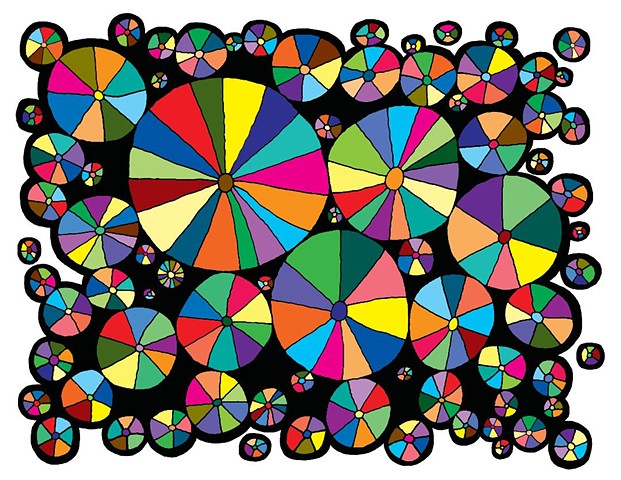 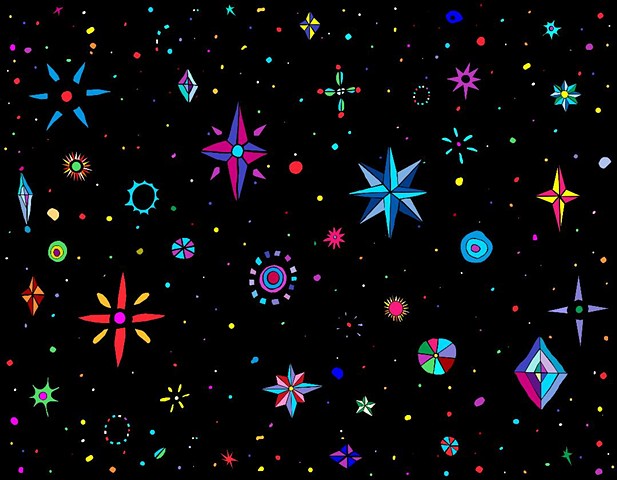 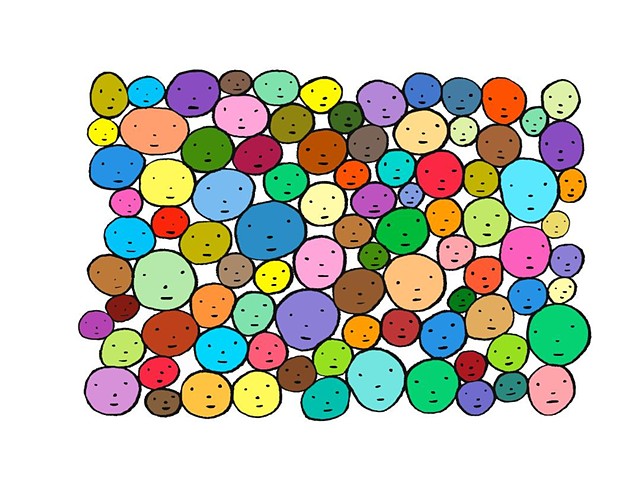 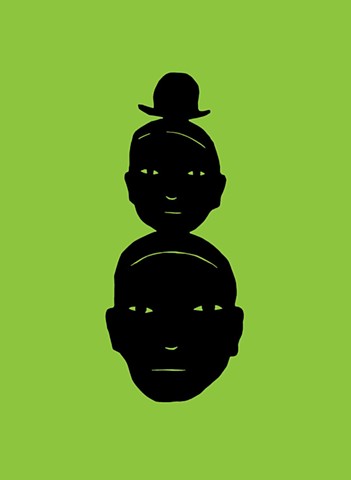 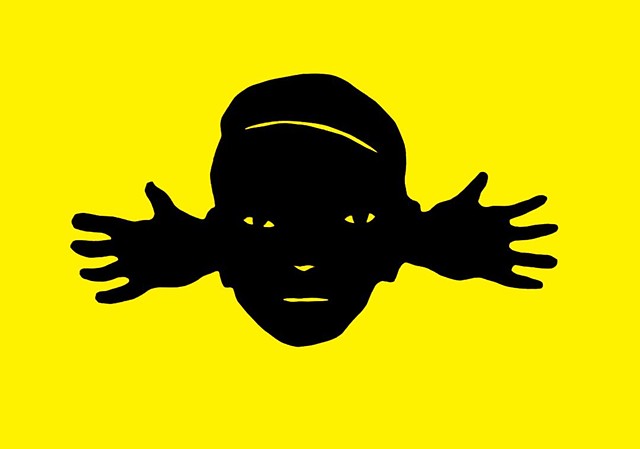 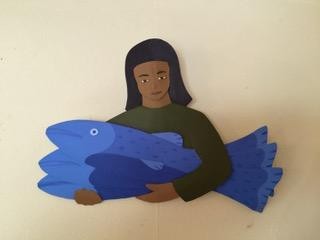 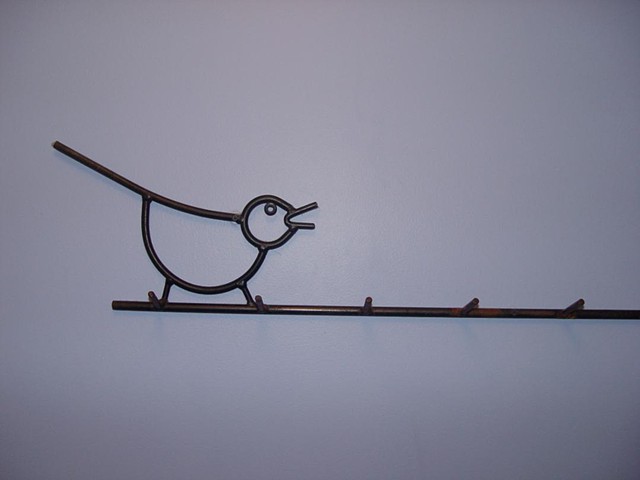 In the style of a a cabinet of wonders, Tom Nussbaum’s installation will present dozens of free standing sculptures, wall sculptures, carvings, drawings, prints, design objects and toys. This retrospective exhibit will document Tom’s development as an artist exploring the roots of his whimsical sensibility and consistent lifelong vision with works from his childhood, to the present, as well as some of his large scaled public sculpture projects that lift his vision into the public sphere. Join us and experience his playful magical world!

Informed by a deep regard for a broad spectrum of American folk arts and the spirit of ingenious tinkers everywhere, Tom Nussbaum summons widely shared archetypes for the imagery which drives his beautifully crafted constructions and sculptures. With the sure hand of a natural draftsman he draws in space with wire and steel, wood, paper and ceramic. His prints, drawings and artists books radiate with bright clear color and open hearted humor. His painted wire sculptures soar in intricately woven clouds of delicate line like eccentric circus tents gone wandering. His carvings of figurative works share the formal sophistication of the artist Elie Nadelman who shared his keen interest in Americana. Other sculptural traditions such as Native American totems, Latin American Santos figures, or African Caribbean folk carvings are implied.

Throughout his work, recognizable Americana characters abound. Rube Goldberg and Saul Steinberg haunt this work. So do Amish hex signs, 19th century metal wind-up toys and toy penny banks, including carvings from wind vanes to whirligigs, decoys, homespun toys, ship's figureheads, the flare of itinerant sign painters. and the ‘robots’ who once advertised the skills of sheet metal workers along back roads. All of his works are clearly the product of an imagination keenly attuned to nuances of form and folklore, and a personal strain of homespun surrealism that is also deeply involved with the simple mysteries of living. There is a hint of nostalgia too, for the colorful lost dreams of childhood and an earlier, simpler America, before industrial products replaced the hand made objects and tools of daily life. However, the mood is joyous not wistful, the circus has come to town!

After a dark period in our country’s history, all pandemic & politics, Tom Nussbaum’s work lifts the lid on the toy box and invites our imaginations to play again.

Concurrently to his retrospective at Metaphor Projects, Tom Nussbaum will be presenting recent sculpture at 490 Gallery, down the street, at 490 Atlantic Ave, Brooklyn, also opening later the same evening, on September 24, 7-9pm and up through October 30. Tom will be present at both openings.

Tom Nussbaum was born in Philadelphia in 1953, and grew up mostly in Minneapolis, Minnesota.

In the 1970’s he worked at a variety of jobs; as a production potter, sign painter, carnival roustabout, hired hand on a horse ranch, on the exhibits crew at the Minneapolis Institute of Arts, and as a carpenter restoring houses. Over this period he attended the University of Minnesota and summer workshops at Penland School in North Carolina, Haystack School, in Deer Isle, Maine and Hartford College in Connecticut.

Nussbaum moved to New York City in 1980 and worked as a studio assistant to the artists Mimi Gross, Susan Pitt and Red Grooms, while pursuing his own work in the studio. In 1982 he started exhibiting his sculpture and making art full time. In 1985 he started The Acme Robot Company, a cottage industry producing nightlights and light fixtures of his own design. In 1988 he founded Atomic Iron Works, producing iron hat and coat racks and other useful items of his design that were sold in museum shops across the country. In 1992 Children’s Universe (Rizzoli) published his activity book, “My World is Not Flat”. He has had museum and gallery shows of his sculpture and drawings in New York, Dallas, Chicago, Denver, and Montclair, NJ. In 1987 he received his first large scale sculpture commission, and has completed over forty public commissions to date. His work is in included in many public and private collections across the country.

"My sculptural vocabulary is informed by my life-long interest in eccentric American home-made objects of all kinds, which I admire for their purity of form and ingenuity of construction."