Rosaire Appel . Emily Berger . David Henderson Daniel Hill . Gilbert Hsiao “There is no such thing as an empty space or an empty time. There is always something to see, something to hear. In fact, try as we may to make a silence, we cannot.” - John Cage

Sound accompanies our every conscious moment. As John Cage discovered it fills us and surrounds us even in settings specifically designed to suppress it. In his famous trip to the supposedly soundproof anechoic chamber at Harvard, he found himself filled with the huff and whirr of his own breathing and the high whine of his buzzing consciousness.

Sonic honors the spirit of Cage in the works of 5 visual artists, David Henderson, Daniel Hill, Rosaire Appel, Emily Berger, & Gilbert Hsiao, who bring to our eyes what the world brings to our ears, exploring in their work the structures of sound and synesthetic suggestion.

Sound travels in invisible waves and its ambient properties have fascinated humans since the beginning of time providing context, warnings, clues to the whereabouts of prey or hidden dangers, and, of course, pure aural delight. It couldn’t have been long in the evolution of consciousness, before the sound of two rocks, branches, or bones clacking together suggested explorations of rhythm, or that the music of birds helped turn human vocal sound- making into song. We cannot see sound but we feel its pulse as we feel our own.

In the 18th and 19th centuries sonic explorers such as Ernst Chladni, Margaret Watts Hughes and Alexander Graham Bell engaged in efforts to actually see sound using homemade devices to create images of the vibratory activity of sound waves. That field of study, known as cymatics, has extended the study of sound well into the visual realm finding in the vibrations of sound intricate symmetrical patterns.

Responding to inner vibrations painter and musician Daniel Hill meditatively maps concentric patterns that though distinctly personal conjure the intricacies of cymatic patterns. David Henderson’s striking carbon fiber wall pieces echo the wave motion of sound moving away from its source. His brother, Berlin based sound artist Douglas Henderson provided the sound element that resonates from the larger of the pieces. The repeating patterns of minimalist music are a source of inspiration for Gilbert Hsiao’s vivid, optically charged paintings. Emily Berger structures her paintings with lines of intuitive breath like rhythmic marks. In her work pure color adds another layer of sonic association, consonant or clashing. Rosaire Appel responds directly to her own sonic environment by improvising suggestive and detailed asemic scores which visually evoke the form and structure of written music, resembling scores of adventurous composers such as George Crumb, Steve Reich, and, of course, John Cage.

The world is sound. 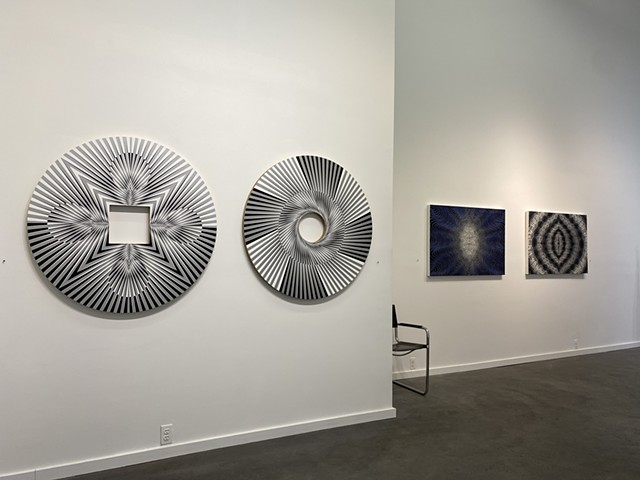 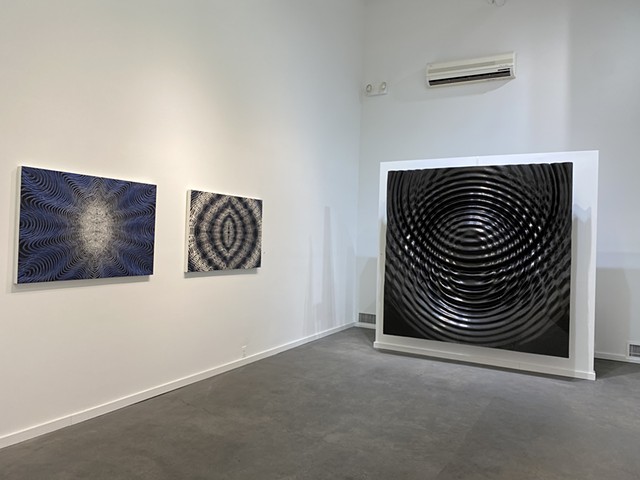 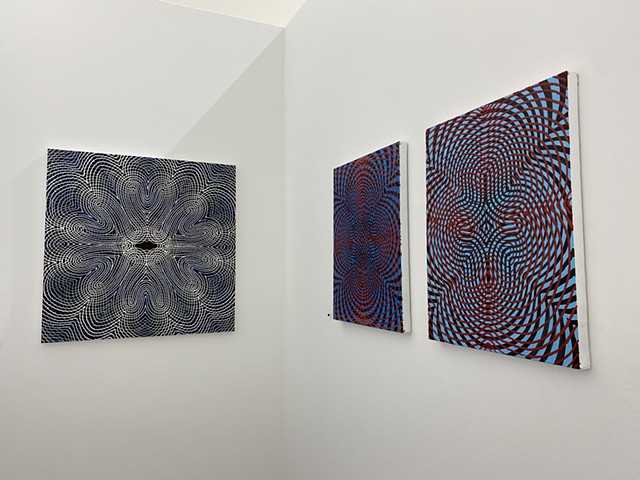 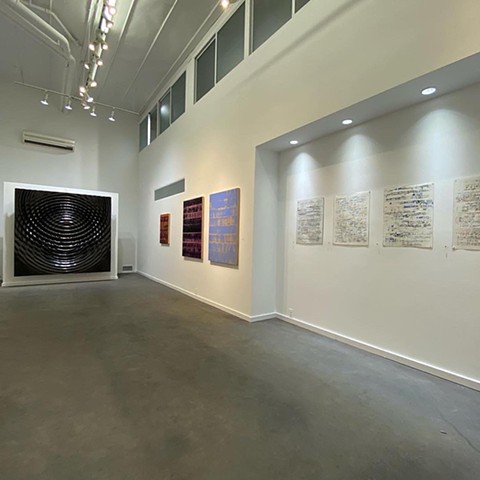 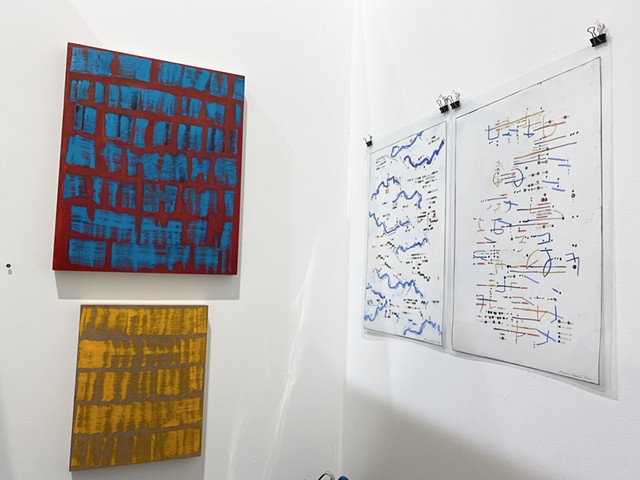 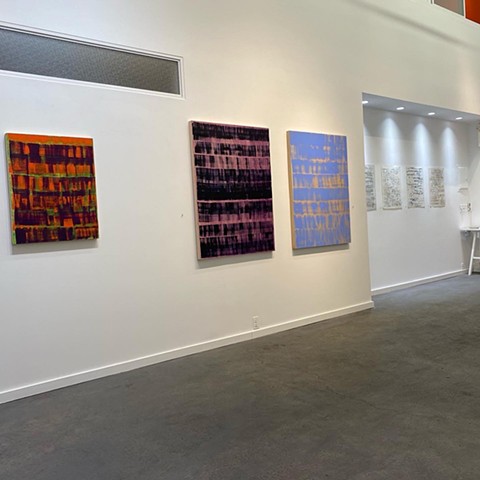 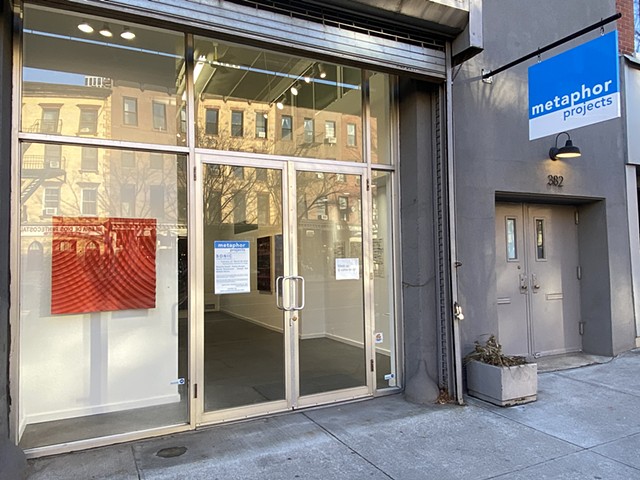 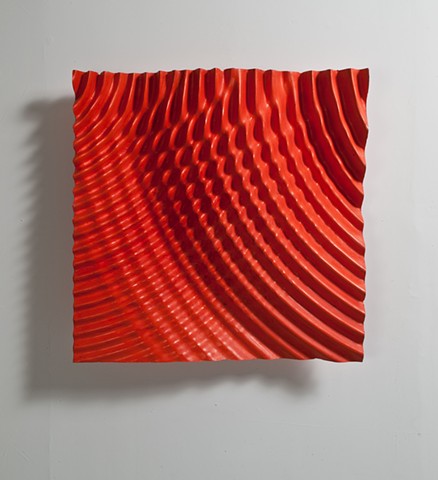 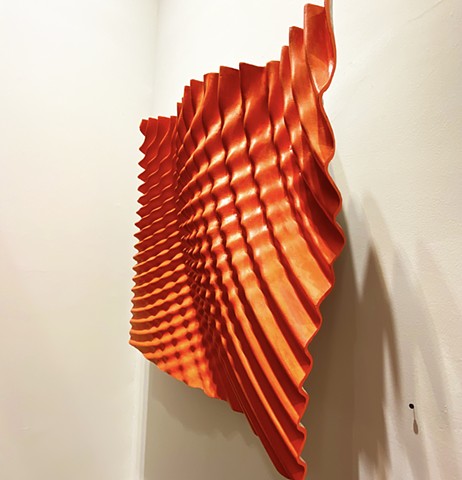 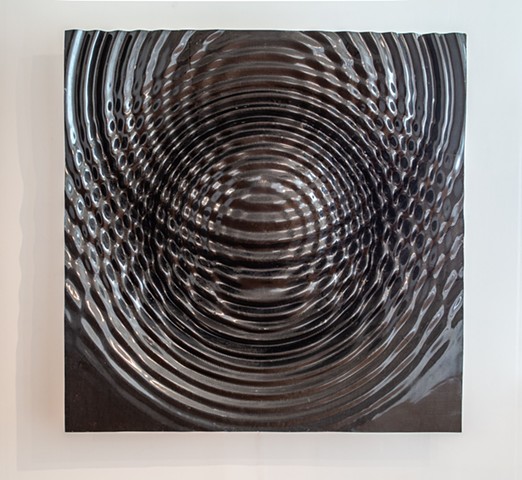 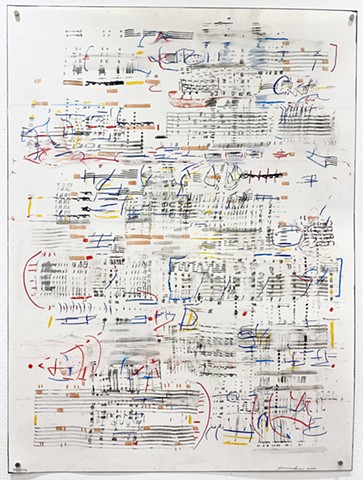 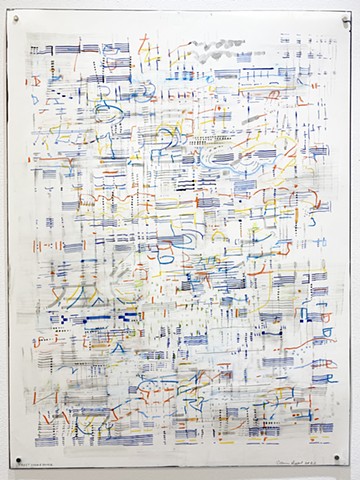 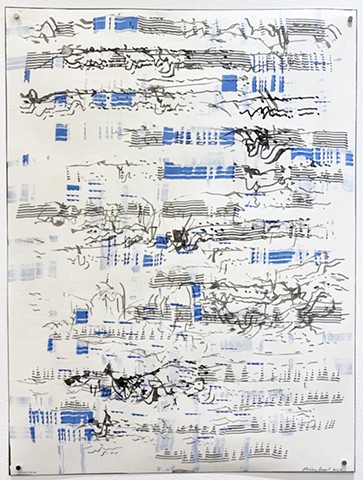 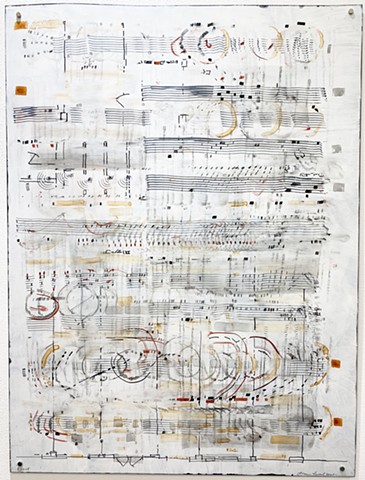 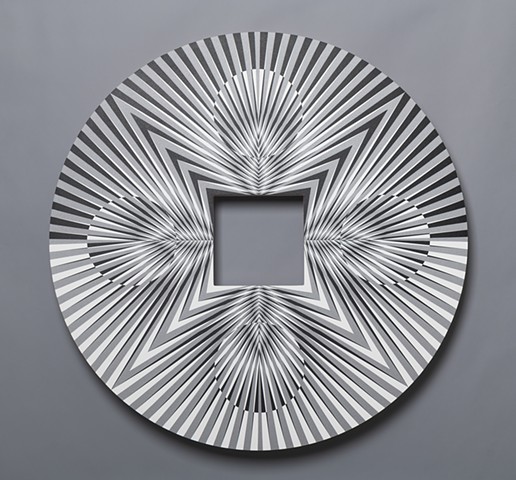 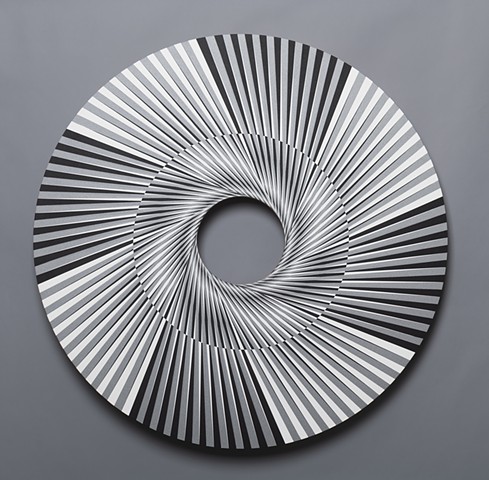 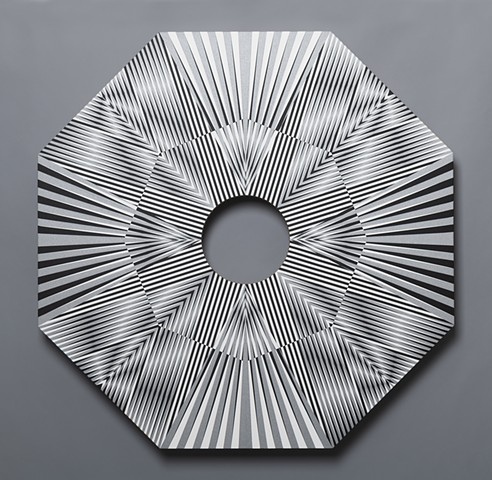 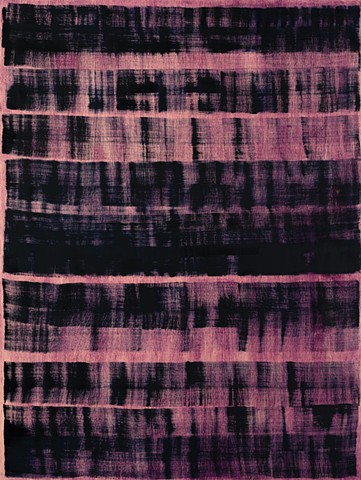 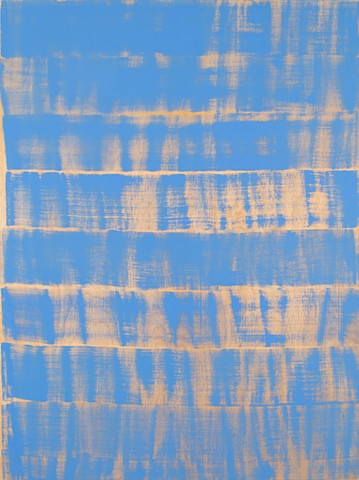 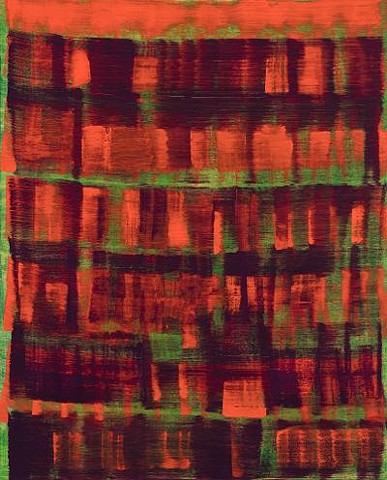 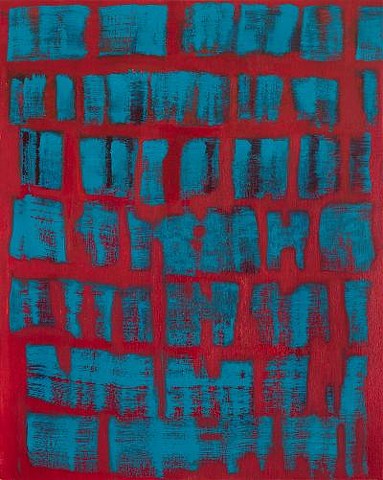 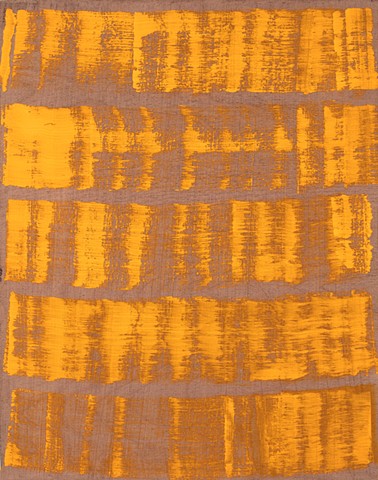 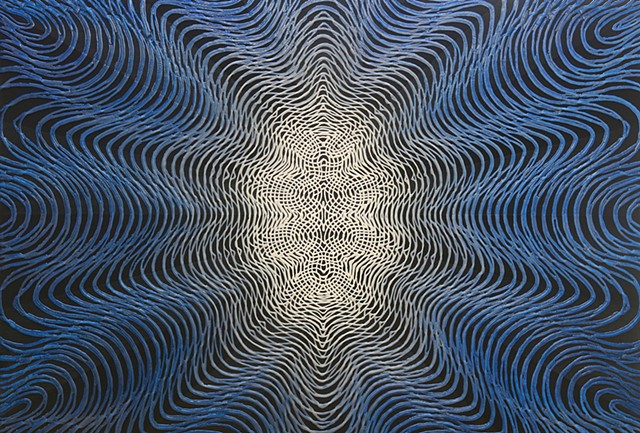 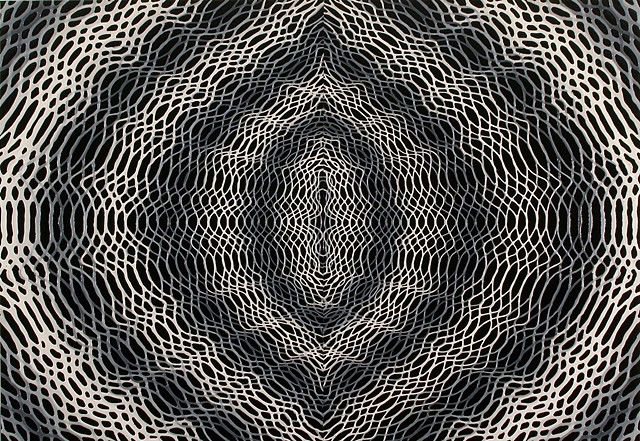 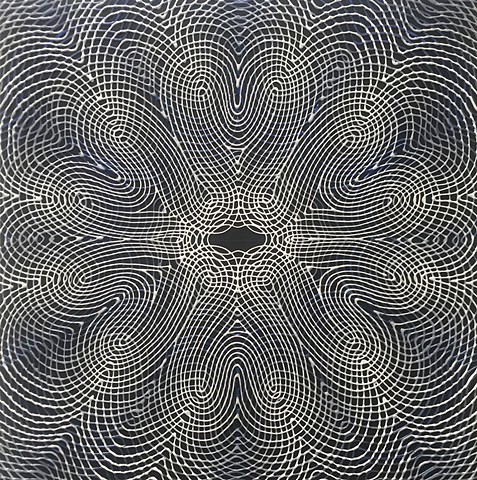 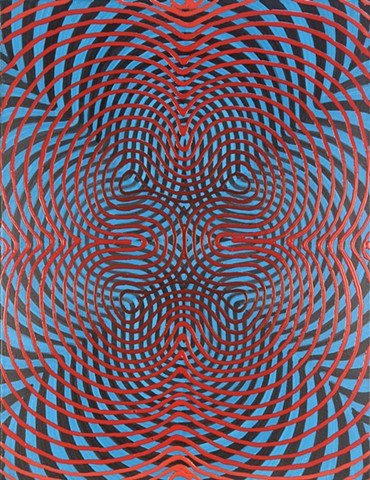 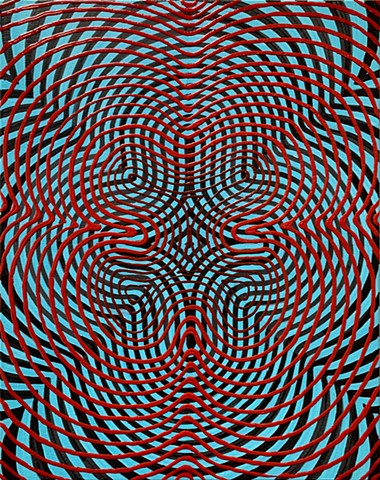