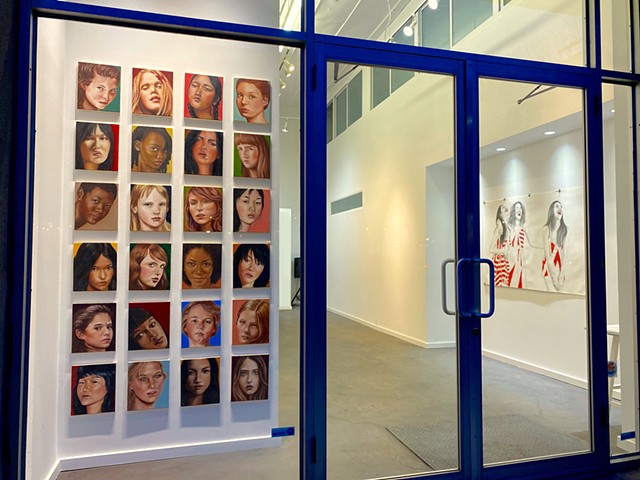 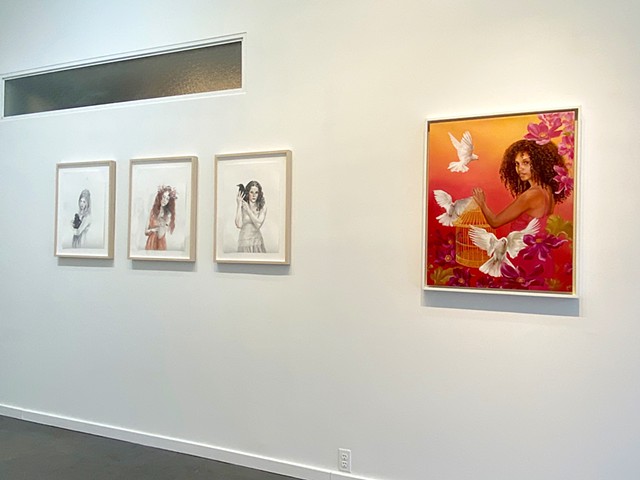 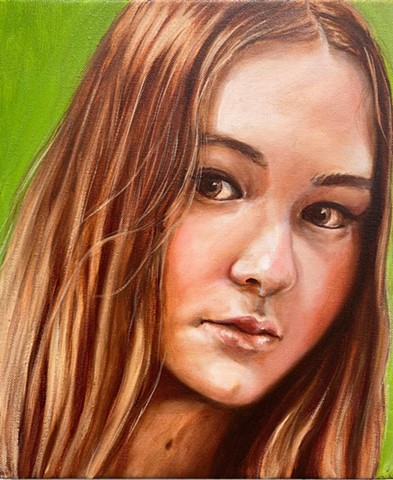 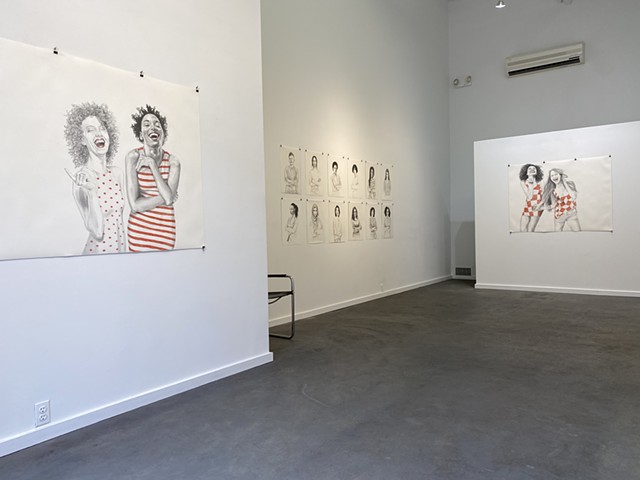 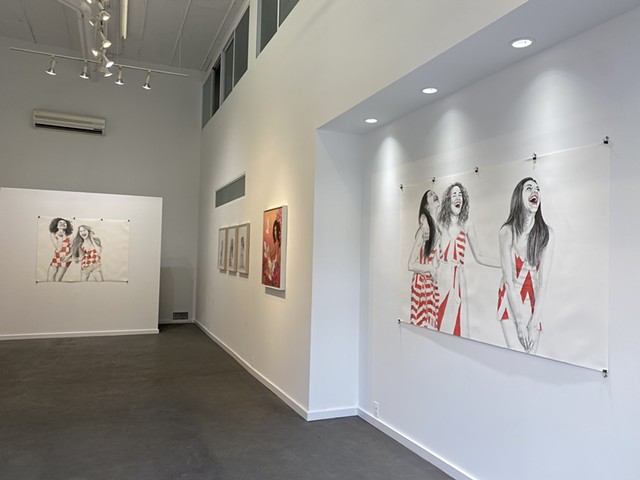 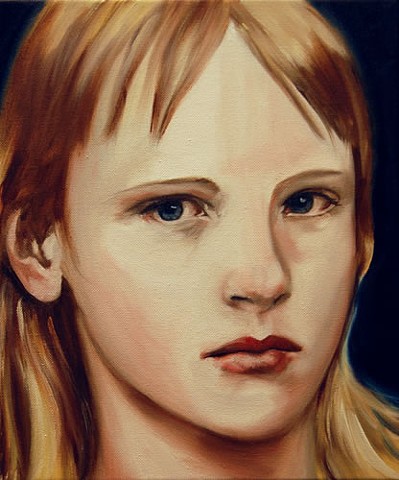 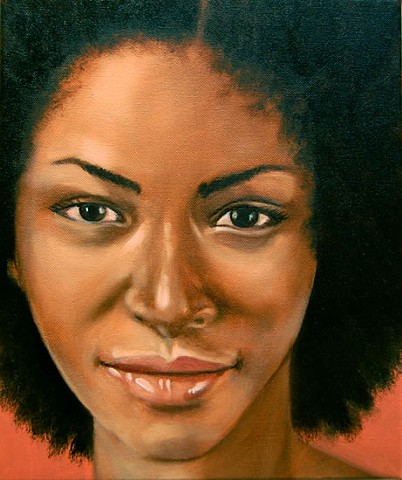 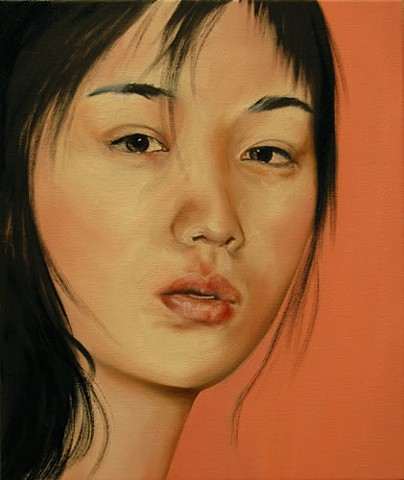 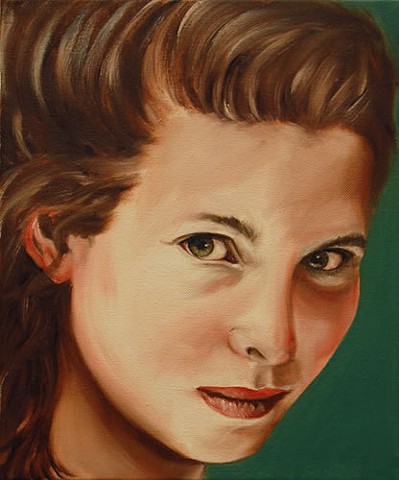 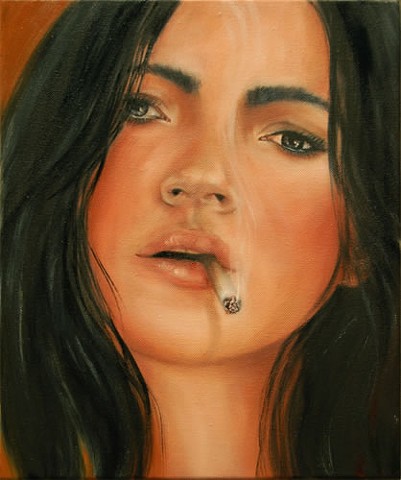 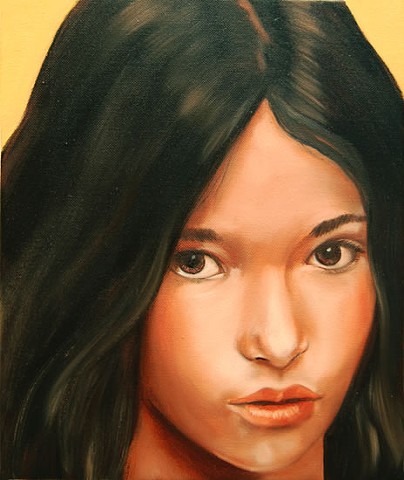 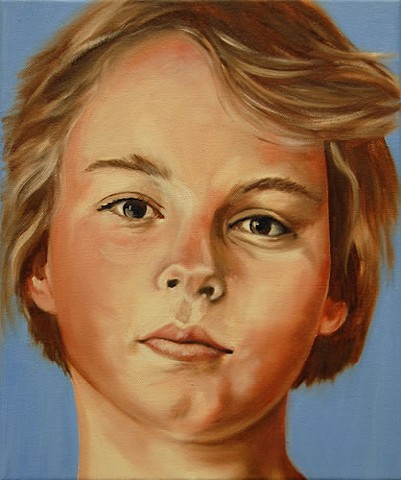 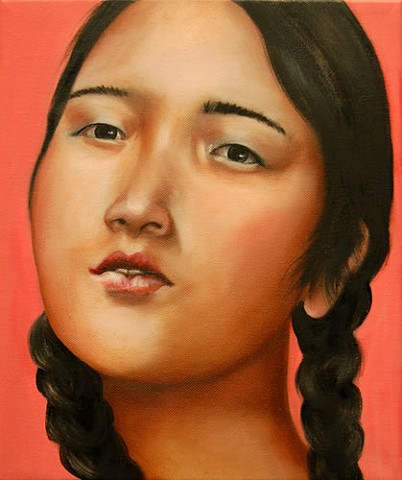 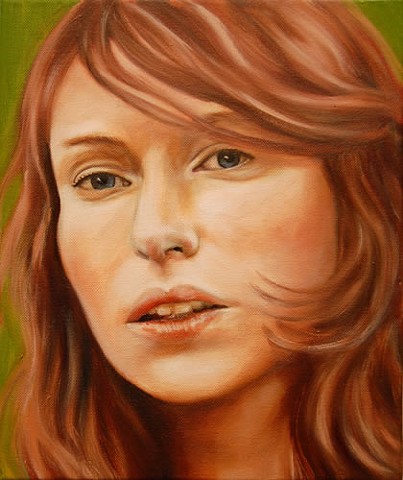 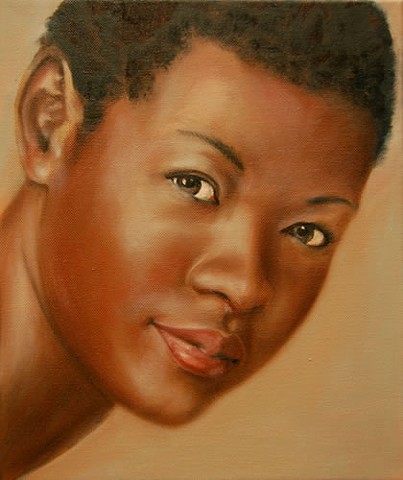 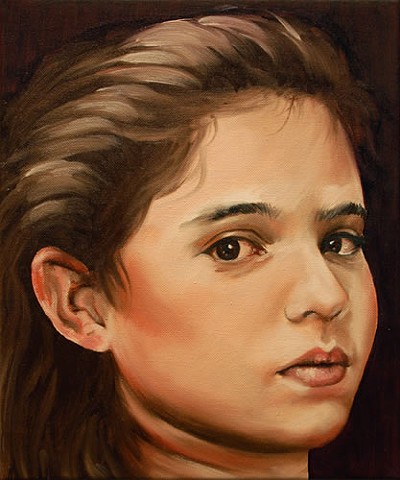 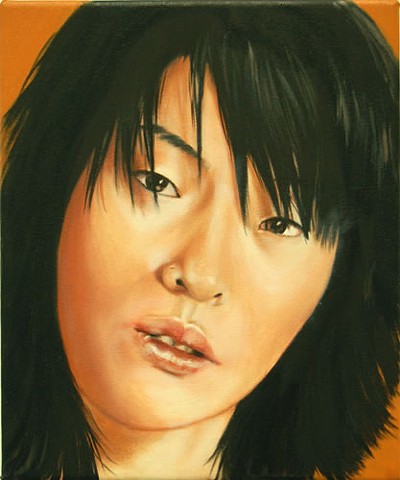 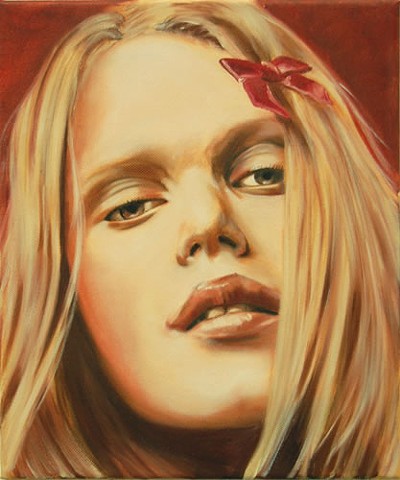 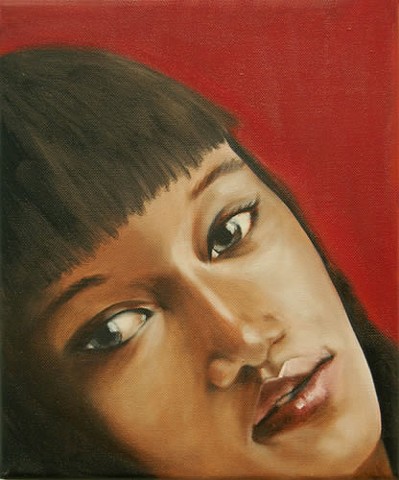 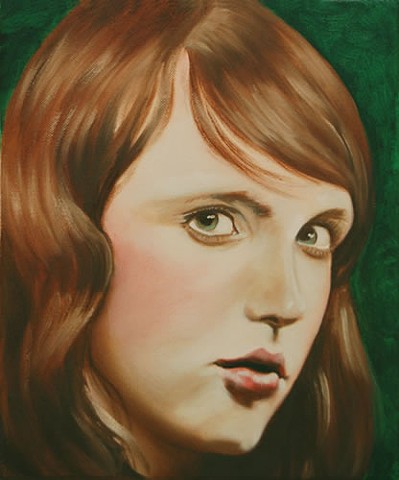 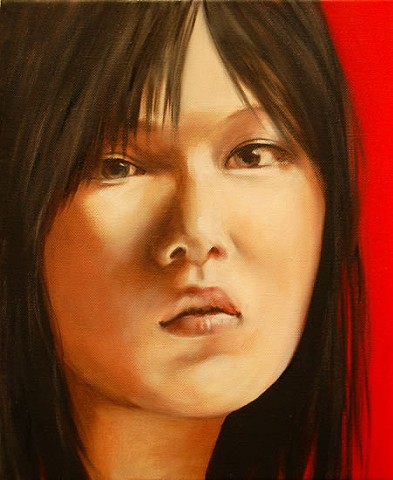 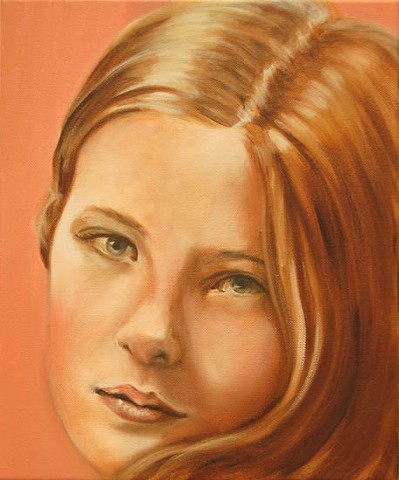 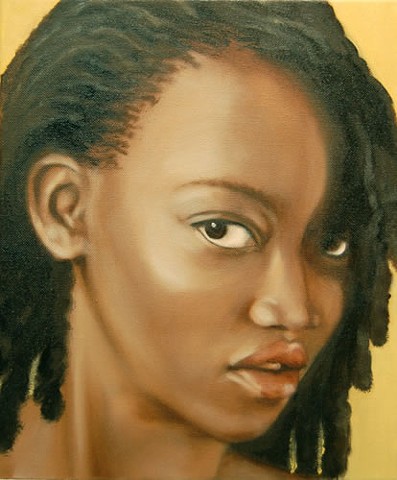 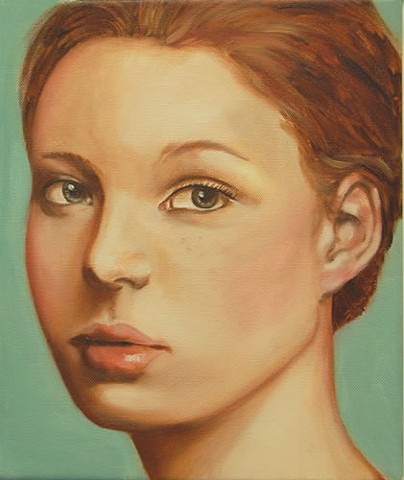 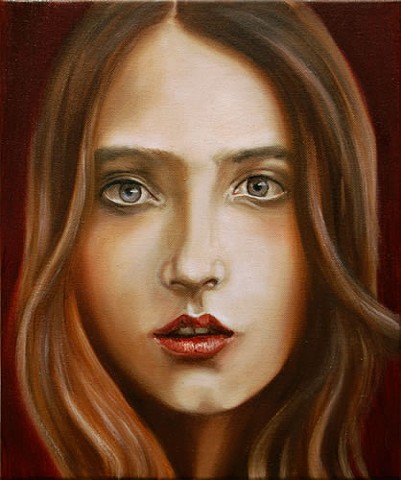 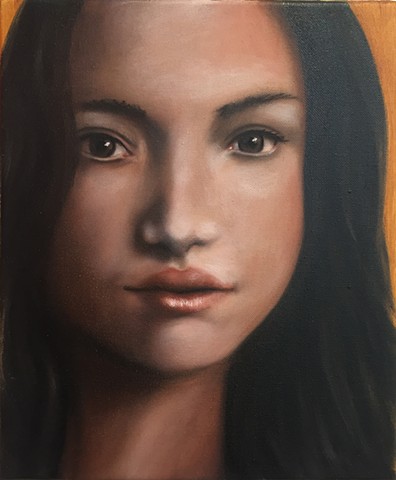 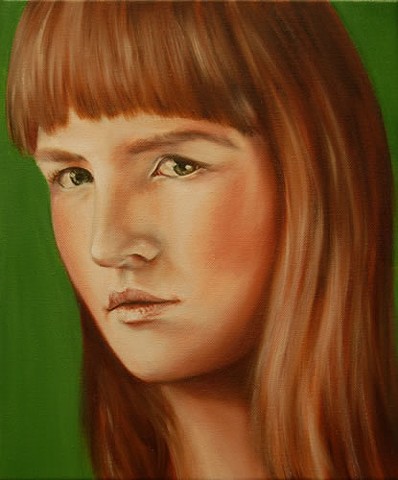 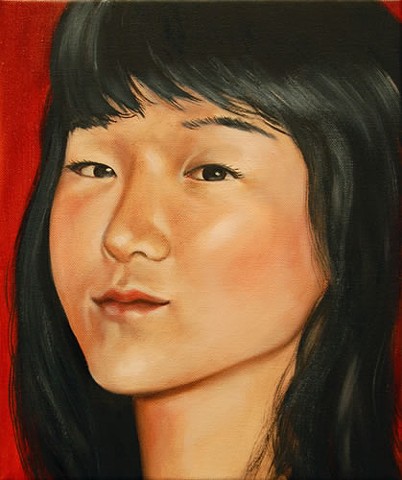 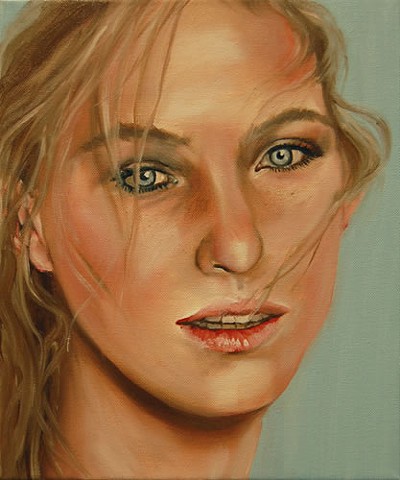 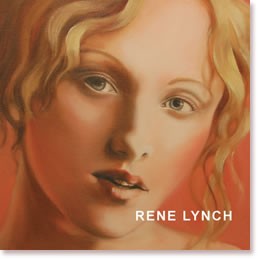 RENE LYNCH Gaze on view through Spring Break Closing May 7

“The young women who peer out from Rene Lynch's Gaze paintings are meant to be looked at. The canvases allow viewers to scrutinize the visages of girls who span the breadth of adolescence. These women, however, stare back.” - Nicole Rudick

Metaphor Projects, 382 Atlantic Avenue, Brooklyn, NY is pleased to present 24 paintings from the series and 24 of Lynch's portrait drawings created in the past 10 years during our Spring Break: March 22 - May 7, 2022.

Created in a lush painterly style, slightly over life size, Lynch’s Gaze series of oil on canvas portraits depict a wide range of adolescent girls inhabiting the liminal space between innocence and experience. Though the canvases at 12 x 10 inches are not large, the richly colored images pack a visceral punch. Rather than being objectified, Lynch’s subjects engage the viewers eyes in a direct and unvarnished communion of interactive emotions. Beyond the typical role of voyeur, we viewers are allowed instead the chance to stare into the eyes of these young women, and they in turn stare back at us, creating a sense of a shared moment in time that lasts for as long as we dare to hold their gaze. Rene Lynch’s Gaze Series comprises over 50 paintings that have been exhibited globally in galleries and museums in Berlin, Munich, Zittau, and Cologne, Germany, in Osaka and Hiroshima, Japan, and in New York City.

All of Rene Lynch's drawings have an immediacy to their line quality. For Lynch, drawing with its distinct interconnection between seeing and hand, is a way to put a focused lens on humanity and become more intimate with its marvelous diversity.The Conspirators drawings are large scale pencil works of groups of women laughing together with their heads thrown back and teeth showing. The vivid patterning in their costumes livens the sense of hilarity, and coloring only their mouths amplifies their loud and joyful noise. The adolescent girls depicted in the Guardian series are each holding an animal as a kind of symbolic talisman that acts as their protective charm. Boundaries depicts women and girls, who are resilient and powerful. Each woman directly engages with the viewer, arms crossed, defying one-sided observation.

Rene Lynch is a painter of dreamlike realism, who explores the power of female archetypes in myth, fairytale, and society. She lives and works in Brooklyn, NY Her work has been widely exhibited nationally and internationally. Museum exhibitions include a solo at Galerie Kunstlade Museum, Zittau, Germany, major works in Munich at Haus der Kunst Contemporary Art Institute and twice at Hunterdon Museum, NJ. as well as Museum of the City of New York, Kotonah Museum of Art, PS1 Museum, and Virginia Museum of Fine Art. She has had several solo exhibitions in Germany with Galerie Kaysser in Munich, Cologne, and Berlin, at HPGRP Gallery in NYC, Tokyo and Osaka, Japan, and Jenkins Johnson Gallery NYC and San Francisco as well as in Brooklyn, NY at Metaphor Projects, 490 Gallery, and Main Window.