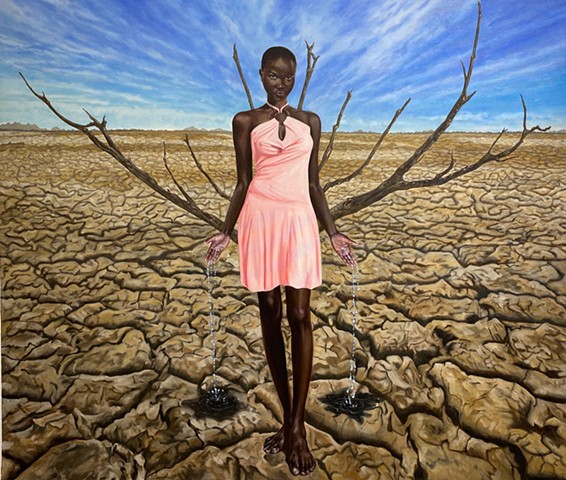 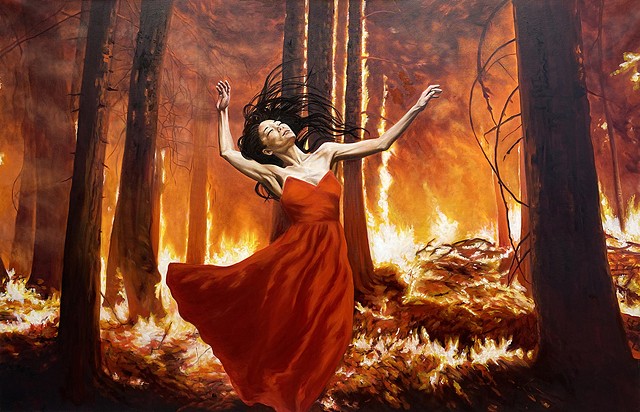 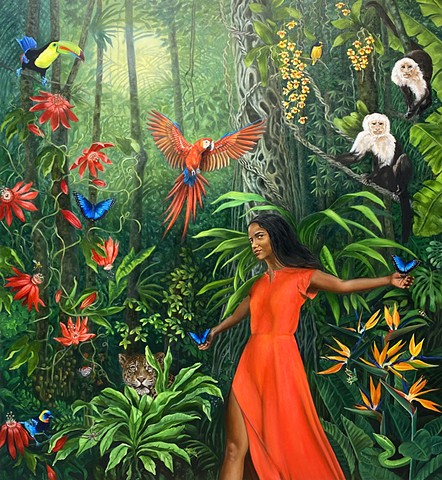 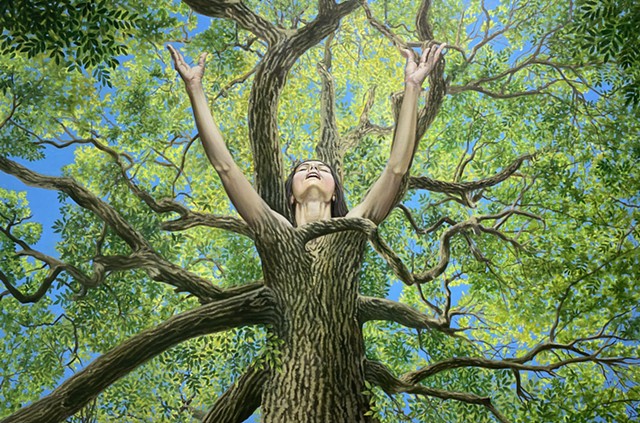 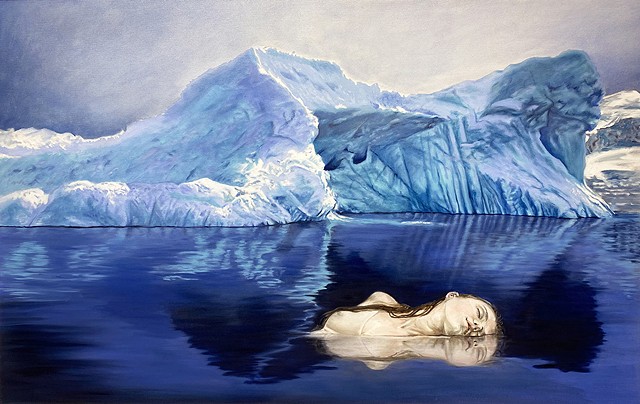 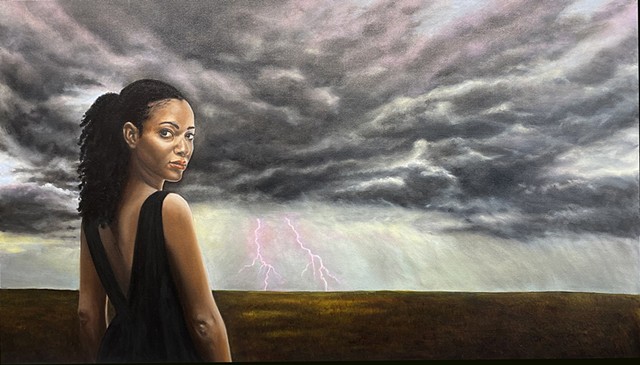 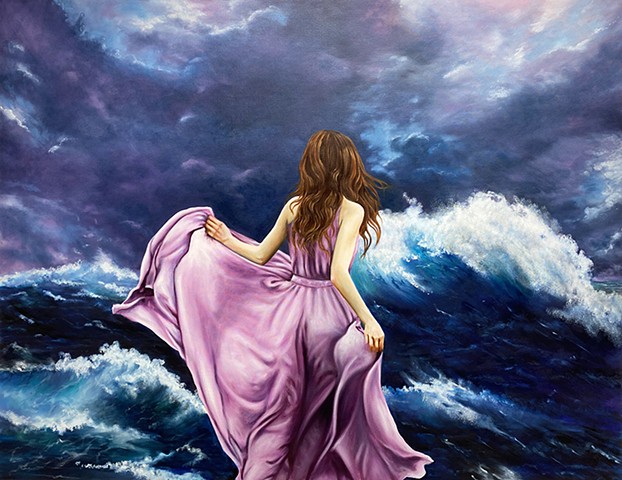 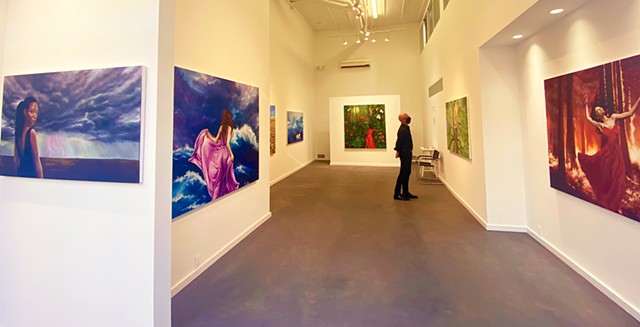 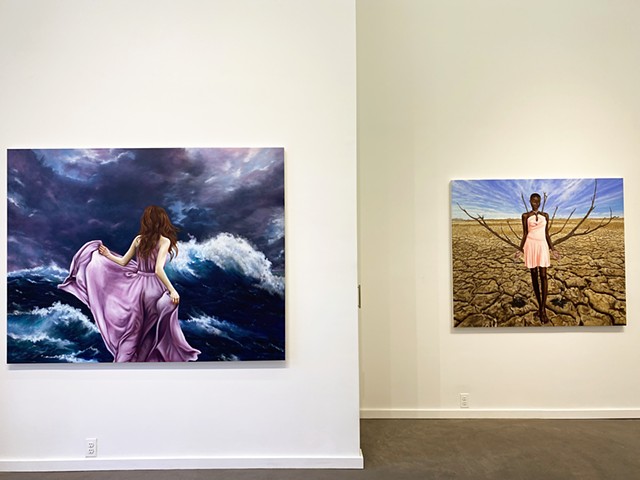 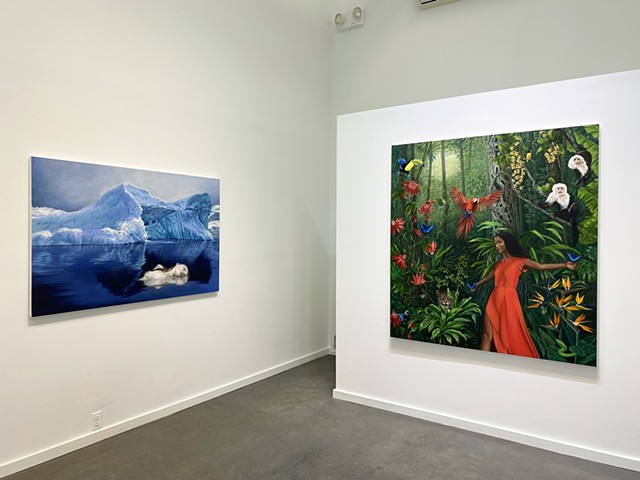 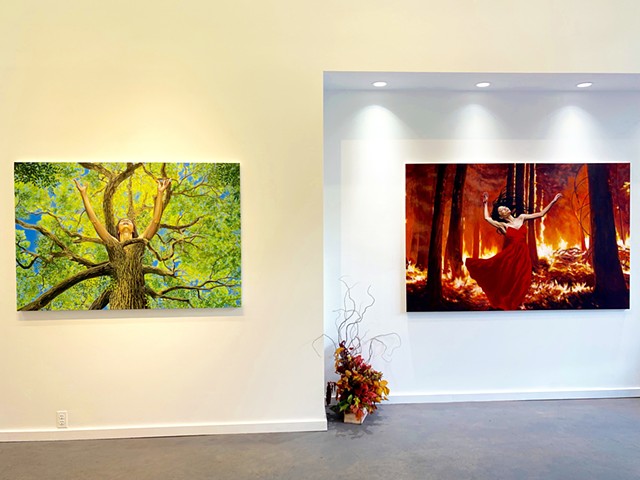 Metaphor Projects is pleased to launch its 2021-22 season with Cassandra Dilemma, new paintings by Rene Lynch, opening September 25 through November 14, 2021.

Created over the past two years Lynch’s seven large scale oil paintings address the crucial issue of climate change head on in a series of striking vignettes reflecting the extremity of our shared global concern. Following yet another summer of non-stop climate news; droughts and wild fires, the catastrophic winds and rain of hurricanes and typhoons, and record heatwaves across the northern hemisphere, Lynch’s new works reflect both on the devastation of these fearsome phenomena and the urgency of our need to confront them. In her defense of Mother Nature, Lynch invokes the memory of the Trojan princess Cassandra who was gifted by Apollo with knowledge of the future, but then cursed by him that no one would believe the truth she offered.

In 1999 Environmentalist Alan Atkinson first applied the phrase Cassandra Dilemma to the problem of climate crises denial. Now, two decades later the problem of inaction has only grown more acute. With this in mind Lynch’s paintings take us on a journey across our planet to bear witness where waters rise, storm clouds gather, and fires burn, but she also takes us deep into the hopeful beauty of the natural world and its fecund abundance that sustains us, and now so desperately needs our wise stewardship. Today our own eyes provide plentiful evidence of nature’s destructive fury yet denial persists as Cassandra wanders, suffers, seeking those who will listen. Rene Lynch’s Cassandras remind us of this excerpt by Kenyan poet Warsan Shire, “I held an atlas in my lap/ran my fingers across the whole world/ and whispered, where does it hurt?/ it answered, everywhere, everywhere, everywhere.”

about the artist Rene Lynch is a painter of dreamlike realism, who explores the power of female archetypes in myth, fairytale, and society.

Her work has been widely exhibited nationally and internationally, including several solo exhibitions in Germany at Galerie Kaysser in Munich, Cologne, and Berlin, at HPGRP Gallery, NYC, Tokyo and Osaka, Japan, and Jenkins Johnson Gallery NYC and San Francisco, 490 Gallery, and Main Window, Brooklyn. Museum exhibitions include a solo at Galerie Kunstlade Museum, Zittau, Germany, major works in Munich at Haus der Kunst Contemporary Art Institute and twice at Hunterdon Museum, NJ. as well as Museum of the City of New York, Kotonah Museum of Art, PS1 Museum, and Virginia Museum of Fine Art.